Clickfunnels Etison Suite Explained + How To Get The Discounts

The Clickfunnels Etison Suite is something you’ll hear often within the Funnel Hacking world. But what is The Etison Suite?

In this article, you’ll find out what a share funnel is, what The Etison suite is, what’s included, and why it’s worth it. But also how to get the Etison Suite at a discount.

The biggest benefit with The Etison Suite is that your Clickfunnels limits disappears. That means full, unlimited access to everything:

This is super powerful if you’re planning to promote Clickfunnels as an affiliate. Because with the unlimited plan you unlock the true power of Share Funnels.

The best Clickfunnels Etison Suite discount hides behind a webinar. This webinar is free for a limited time, click here to check it out. (More about this later…)

Imagine how easy you can get referred accounts, when you can build funnels and share them. Because you can target so many niches and get as many “hook’s”out as possible.

What Exactly Do You Get With The Etison Suite?

The Clickfunnels Etison Suite consists of three different Software as a Service (SaaS) products. These three are Clickfunnels, Actionetics, and Backpack.

They integrate without issues and are very easy to use together. But they also integrate with almost any marketing software you want to use. However, if it doesn’t integrate you can always use Zapier as an integration tool.

Clickfunnels in The Etison Suite

With The Etison Suite your Clickfunnels account have no limits. This is a huge benefit, because you’ll hit your limit very fast on the $97 plan.

Actionetics is an advanced Email Service with many functionalities. Including email autoresponder, automatic list segmentation, smart-lists, and much more.

Clickfunnels have done an amazing job creating an email service. But they also work on updates and improvements on an ongoing basis.

By now you should understand how powerful affiliates can be. Because you can leverage the power of someone else’s personal brand. But also having many different affiliates promote for you.

The full and standard price for The Clickfunnels Etison is $297 per month. But you can get a discount in a few different ways. These discounts are deals and offers from Clickfunnels. The two best and most popular ones are Funnel Builder Secrets and Funnel Hacks.

This deal you can only access behind a webinar called ‘New Secret Funnel Strategy‘. The webinar is amazing, and is well worth to watch especially since it’s free (for a limited time).

The offer at $2,997 includes 12 months of The Etison Suite. Which works out to be $249.75 per month. But The Etison Suite is free bonus included in the deal which has some of the best marketing training you can find.

This deal is also only accessible behind a webinar, this one called ‘The Funnel Hacks Webinar’. This is also another great webinar to watch. But the Funnel Builder Secrets webinar is the replacement, so it might disappear soon.

The Funnel Build Secrets is a much better deal and more value for your money. Because you get The Funnel Hacks offer included in it but also 12 months of The Etison Suite.

Should You Get The Clickfunnels Etison Suite?

If you can afford the investment, it’s an amazing deal. Even if you can’t you shouldn’t miss out on the webinar while it’s still free.

The webinar features Russell Brunson on stage at the Grant Cardone 10X Conference. The presentation made over $3,000,000 in sales which is a record for stage-selling.

Regardless, The Etison Suite is an amazing software suite, that can help your success in many ways.

The Etison Suite For Affiliates

From the POV of an affiliate marketer, having no limits with The Clickfunnels Etison Suite is invaluable. Without The Etison Suite you’ll hit your limit again, and again.

Having to remove funnel, after funnel as you go is not only very frustrating. But it also means you can be missing out on referrals.

Because if you remove a funnel, your Share Funnel link stop working. Which means if have shared that link on posts, comments, etc. it’s now useless.

Without those you can build a massive library of Share Funnels. But then spread your links like wildfire without worrying that you might lose out later. Further, this will give you a great advantage when you’re working towards your dream car prize.

Clickfunnels has such a high Life-Time Value of new referrals, it will pay for itself fast. So make the right decision, and sign up for The Etison Suite.

You can sign-up for the 14-Day Risk-Free Trial here, but I recommend watching the webinar here.

If you have any comments or questions, please leave them below. But you can also email marcus@systemizingefforts.com or hit me up on instagram. 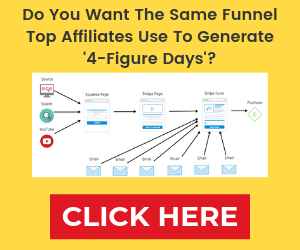 For Anyone Who Wants To Start A Profitable Online Business But Doesn’t Know Where To Begin...Click Here Now
Share This